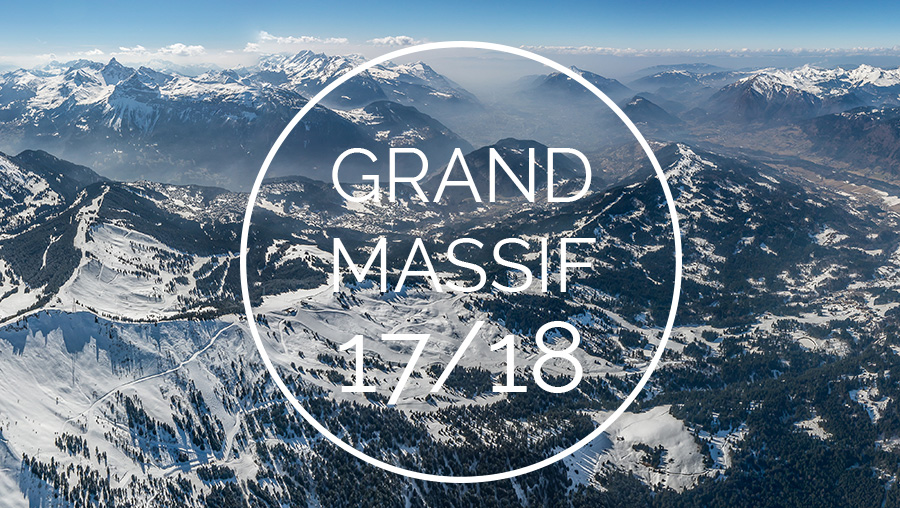 The Grand Massif’s teams are busy this summer working on a whole host of exciting resort upgrades for the winter ahead, including a record-breaking lift, a flattened summit and hectares of new pistes.

Visitors to the Grand Massif can expect to see major changes this coming winter.  In a press release issued this morning, the Grand Massif is pleased to announce the following projects are currently underway :

Considerable expansion of the Grand Massif ski area with the development of the Coulouvrier Bowl between Samoens and Morillon:

Extensive landscaping of the Tête de Saix summit is being undertaken in order to improve the flow of this vital intersection zone.  The goal is to improve safety for skiers traveling between Flaine, Les Carroz, Morillon and Samoens.   The transformed landscape will offer fabulous 360 degree views over the surrounding alpine landscape.

In Veret, a new 110,000 cubic metre water reservoir will be created to feed the area’s snow canons and enhance natural snow on linking pistes.  Carefully integrated into the natural landscape, this reservoir will increase Flaine’s snowmaking capacity tenfold.

The Grand Massif was awarded “Green Globe” certification in the Autumn of 2016 and is the first resort for the entirety of its services (ski lifts, pistes and associated services).  Bravo, Grand Massif!

What do you think about the works currently underway?  Are there other changes or improvements you’d like to see made to the Grand Massif?  Leave your thoughts in the comments section below!

Why Summer in the Alps is the Perfect Family Holiday