Club Med – How Will It Affect Me?

An Insight into the Changing Face of Samoëns 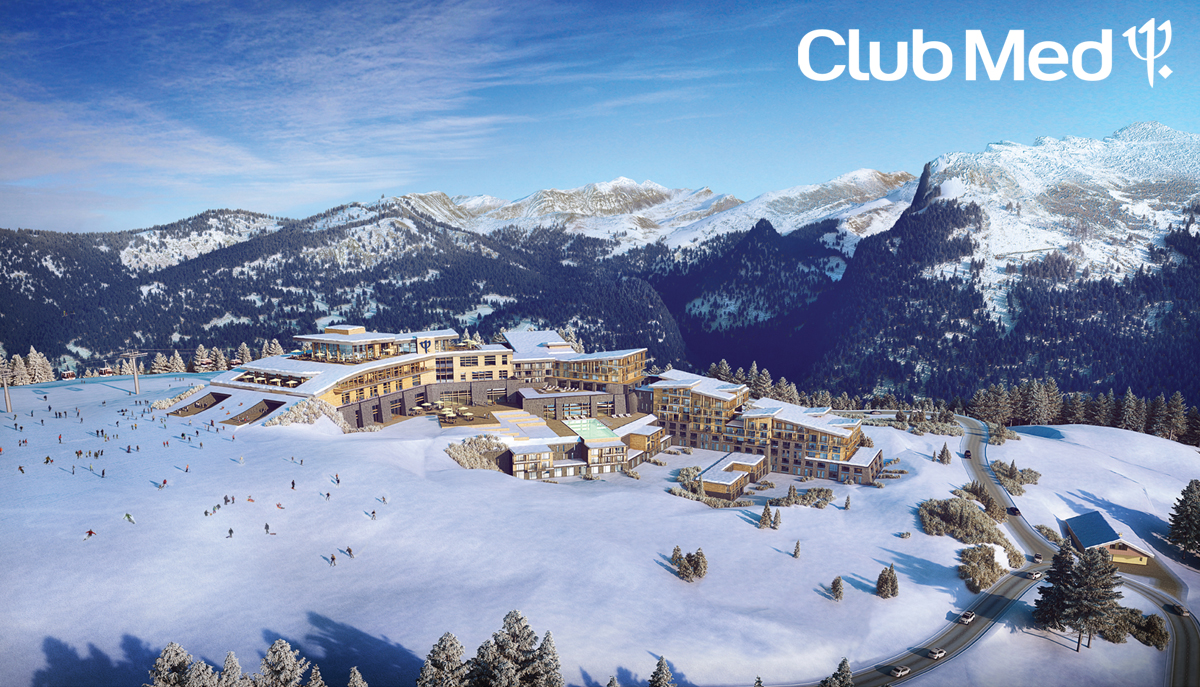 Following years of negotiation, Samoëns has officially won the bid to become the newest member of the Club Med family and construction has begun at Samoëns 1600m.  Its great news for Samoëns’ international reputation, but what might it mean for you as a skier?

The development involves the construction of a 930-bed village at Samoëns 1600m, on what used to be La Char piste.  Club Med offers 3 levels of luxury within its resorts (each ranked as a 3, 4 or 5 “trident” property), and Samoëns’ development will fall within the 4-trident category.  The resort will operate during the summer and winter seasons, closing during spring and autumn.  It will offer an all-inclusive package to its clients, including full board accommodation, meals, ski equipment, lift passes, lessons and childcare.

Local opinion is divided.  On one hand, the development is expected to bring international prestige to Samoëns.  Club Med’s powerful marketing machine has already begun advertising Samoëns as a luxury destination to international visitors, which is expected to offer a significant boost to the reputation of the area (as has proven to be the case as a result of every other Club Med implantation) and to benefit the local economy as a result.  Where other Club Med resorts have been built, an increase in local property prices and rental rates has been recorded.

Opponents argue that the development will have a negative environmental impact, with staff, clients and supplies relying on vehicular transport to access Samoëns 1600m.  There is also much talk about the impact that 1800 additional skiers might have on the flow of skiers to and from the plateau each day.

To counteract this burden of additional skiers, Club Med is to participate significantly towards the development of additional pistes and lifts, the purpose of which will be to facilitate a better flux of movement to and from Samoëns 1600m.  These new facilities will benefit the Grand Massif’s general ski public and, without the Club Med’s investment, such major changes would simply not be possible.

So what sort of changes might you expect to see in years to come?

Further plans for exciting infrastructure changes are also currently under discussion and decisions are yet to be taken.

So how will Club Med’s arrival affect the average skier?  The downside is that it’ll mean a reduction in the size of Samoëns’ beginner zone as a result of the privatisation of the zone once occupied by the La Char and Babûches slopes.  In exchange however, the upside feels significant; an array of new pistes, new lifts and new snow canons that will encourage a far more fluid flow of ski traffic to and from Samoëns during peak periods.

The face of Samoëns is undoubtedly set to change and it feels as if the resort may be on the brink of an exciting new era.  We at ZigZag eagerly anticipate the fresh new look and modernised facilities set to be unveiled in years to come.

( This is non-official information as currently understood by ZigZag.  The idea of this post is simply to help inform the local non-French speaking community, as a helping hand.  If you choose to post a message below, please don’t shoot the messanger – we have no influence on any decisions, we’re just reporting the facts as we understand them! )